A puppy so tiny that it shouldn’t even have been separated from its mother was rescued by the Pensacola police. The little thing was locked in a car on a day that hit 91 degrees, and it wouldn’t have lasted long.

“Don’t. Just don’t,” said the Pensacola Police Department on Facebook. “If you leave your dog in a hot car and that dog is suffering, we will do whatever we have to do to free him.”

And they did exactly that. As temperatures hit 91 degrees that day, it wouldn’t have taken long to harm the puppy. 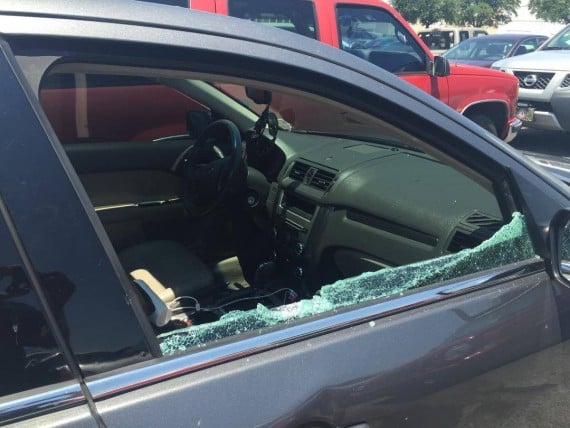 Pensacola Police Department
Police returned the puppy to its owner as they determined it was best for the puppy to be with its mother at such a young age.

Pensacola Police Department
But they added this warning: “We will drive your pooch to the caring folks at the Escambia County Animal Shelter and we will drop you off with the caring folks at the Escambia County Detention Facility. You will both receive attention, food, and shelter, albeit different kinds. So, don’t.”
Just how long does it take for a car to reach unbearable temperatures on a hot day? Take a look at this chart.

I knew it was bad, but that chart shows just how bad it can be. So if you see an animal in a hot car, help them immediately!