We’ve all seen them — photos of people posed alongside tigers, lions or other exotic big cats. But while such images have become ubiquitous across social media (and dating apps, like Tinder) they’re far from friendly or romantic.

Truth is, what goes into making these photos is downright disturbing. 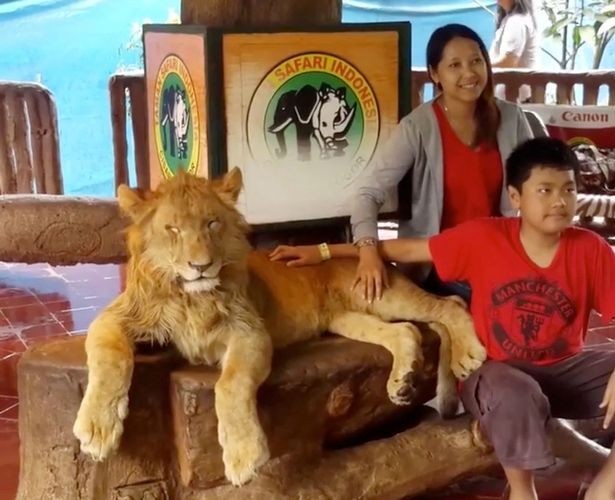 Filmed at the Taman Safari in West Java, the video shows two tourists sitting down alongside a virtually comatose lion cub, readying for a photo shoot. A handler then comes and forces the lion awake, positioning his head to make him appear to be alert. 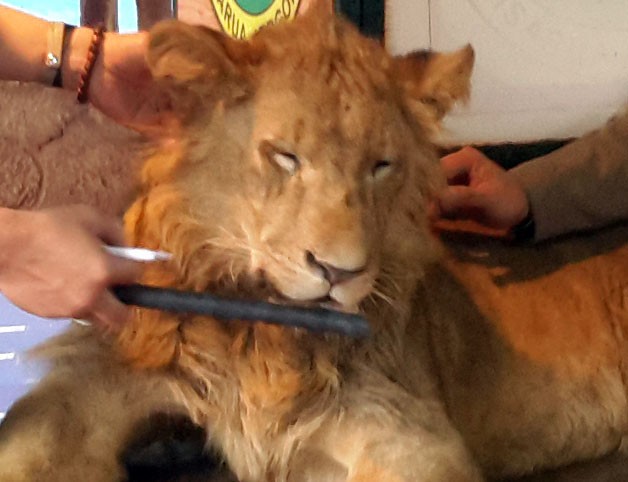 It’s unclear if the young animal is drugged, as is often the case in this practice, or if he is merely exhausted. In either scenario, however, it is readily apparent that the lion is an unwilling participant through it all — being used in this manner for human vanity and profit.

While the desire to pose in photos with big cats likely stems from an appreciation for them, the cost of doing so is inherently detrimental. Not only are the animals subjected to undue stress from repeated contact, such exploitation sends the message that they are merely props for our amusement.